Doshi Chasma (दोषी चश्मा) is a wonderful novel written by BP Koirala (Bishweshwor Prasad Koirala), a famous Nepali literary figure as well as the former Prime Minister of Nepal (also the first Prime Minister of Democratic Nepal). The book explores the psychological aspect of its protagonist.

Doshi Chasma book is a collection of fascinating and interesting stories which are somewhere related to Nepalese society and Nepalese issues. In this book, the author has included stories that reflect the problems commonly seen in Nepalese society. These stories are listed among the best Nepalese tales. The stories of this book show different aspects of life. They teach us that life is sometimes full of happiness, prosperity and sometimes full of sorrow and pain. The author aims to let the readers know and understand the value of own life as well as others. He also writes that we cannot live alone in this world. So we must have the feeling of cooperation and brotherhood and must live in harmony in a society. This book also highlights the different social problems which we have to solve ourselves. Basically, while reading this book we can find that the stories are based on Nepal and Nepali society.

The protagonist in the story goes to visit a Rana General, known as Jar Saheb (as they were called during the time) every morning to salute him (known as chakari, back then it was common for the locals to visit the Ranas for chakari). One morning, however, when he got there and was waiting for the Lord’s arrival, he did not see the Lord’s carriage pass by because of his faulty glasses (Doshi Chasma which also gives the title to the story). When he realizes what happened, it was too late and the general had already gone past him. He was scared he missed to salute the General which probably had made him angry and even when he got out of there, he kept thinking about his mistake over and over.

He could not even apologize to the Lord that day as he could only see him next morning when he was supposed to go for Chakari. Throughout his way back home, he is disturbed with the thought and the story moves deeper into his psychological state he is in because of that circumstantial mistake he made. Even after he went home, he remains disturbed with the thought and lost in his thoughts, he does not even notice his wife talking to him.

The environment of the story is also set in the way to match the situation. For example, turmoil in his heart, the heaviness matches with the smoke coming from the kitchen, representing the burning of his heart due to guilt by burning of the vegetables cooked.

The story is wonderful presentation of human psychology, the field of expertise for BP Koirala, in Nepali literature. The language used is simple, yet related to the language and is more or less similar to the language used during that period. It also shows the condition of the people and their situations during the Rana Reigm. 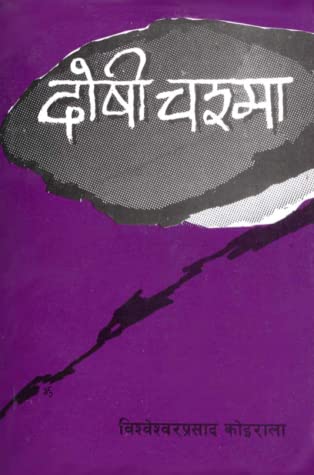